Home > Marketing Yourself > Dealing with Press Releases as a Freelance Worker

Dealing with Press Releases as a Freelance Worker 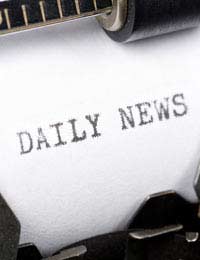 Press releases generally begin with a headline, open with a lead (or hook), include body copy (the actual information) and end with a boilerplate or short section about the company or freelance worker’s business.

Writing Press Releases For Others

Most companies place press releases in one of two ways: by hiring a PR professional to place them or by sending them directly to media outlets. Freelance workers will generally place their own press releases and should take care to send them out a few days prior to any specific event or promotion so that they leave plenty of time for the information to be communicated.

Keeping Up With Press Releases

Press releases are a feature of modern business. Freelance workers must become comfortable with writing, placing and keeping up with press releases in order to garner publicity and stay abreast of the latest developments in their industries.

The Importance of Letters of Introduction

The Importance of Following Up with a Client

Your Reputation as a Freelance Worker